Barton Benes’ early series of book sculptures appears to be a successor to Joseph Cornell’s box constructions, while also sharing the Funk Art irreverence of Robert Arneson’s teapots, bricks and vases. By elevating the status of common objects, Benes’ sculptures have the sensibilities of religious reliquaries or tokens of a Victorian wunderkammer. The artist often referred to his source materials as objects of everyday life, turned otherworldly in the acid hues of a comic book netherland or supernatural world à la Philip K. Dick. Benes’ book sculptures upend our perceptions of this utilitarian object by inventing a new language of meanings. A book becomes a purse, glasses are now fogged with tubes of paint, irons grow wheels, and hammers are punctured with nails. Channeling the object culture of Surrealism and Dada, Benes' most obvious precedent is Paul Thek, whose fantastical vitrines contain specimens of seemingly interstellar origins. Early sculptures by the artist seem ripe for association with the works of Mike Kelley, who would go on to use the flotsam, jetsam, and detritus of American society to reveal the dark underbelly of untenable ideals. While Benes’ work was shifted to references that were more pointed culturally and personally, the fetishism of objects was his primary concern.

Barton Benes was born in Westwood, NJ, in 1942. After graduating from Pratt University in the early 1960s, Benes spent over 40 years in New York’s West Village, where he lived and worked in a studio at Westbeth Artists Community. Living as an HIV-positive man, Benes became a social advocate for those suffering from the illness, and served on the board of VISUAL-Aids, an awareness and prevention organization for the disease. He was the recipient of numerous awards, including a 1978 Ariana Foundation Award for Art in Mixed Media, a 1983 Rutgers University Vorhees Grant for Printmaking, and a 1988 Pollock-Krasner Foundation Grant. He has shown at the Cleveland Museum of Art; the North Dakota Museum of Art; the Katonah Museum of Art; the New York Public Library; and the Aldrich Museum of Contemporary Art, as well as Centre Pompidou, Paris; Boras Konstmuseum, Sweden; and Old Town Hall, Prague. His work is in the permanent collections of The Art Institute of Chicago, The Smithsonian, The U.S. Mint and North Dakota Museum of Art. The artist died in 2012. 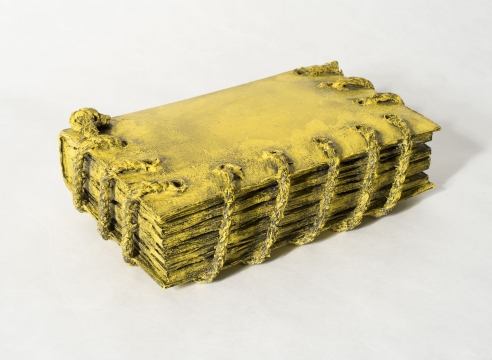