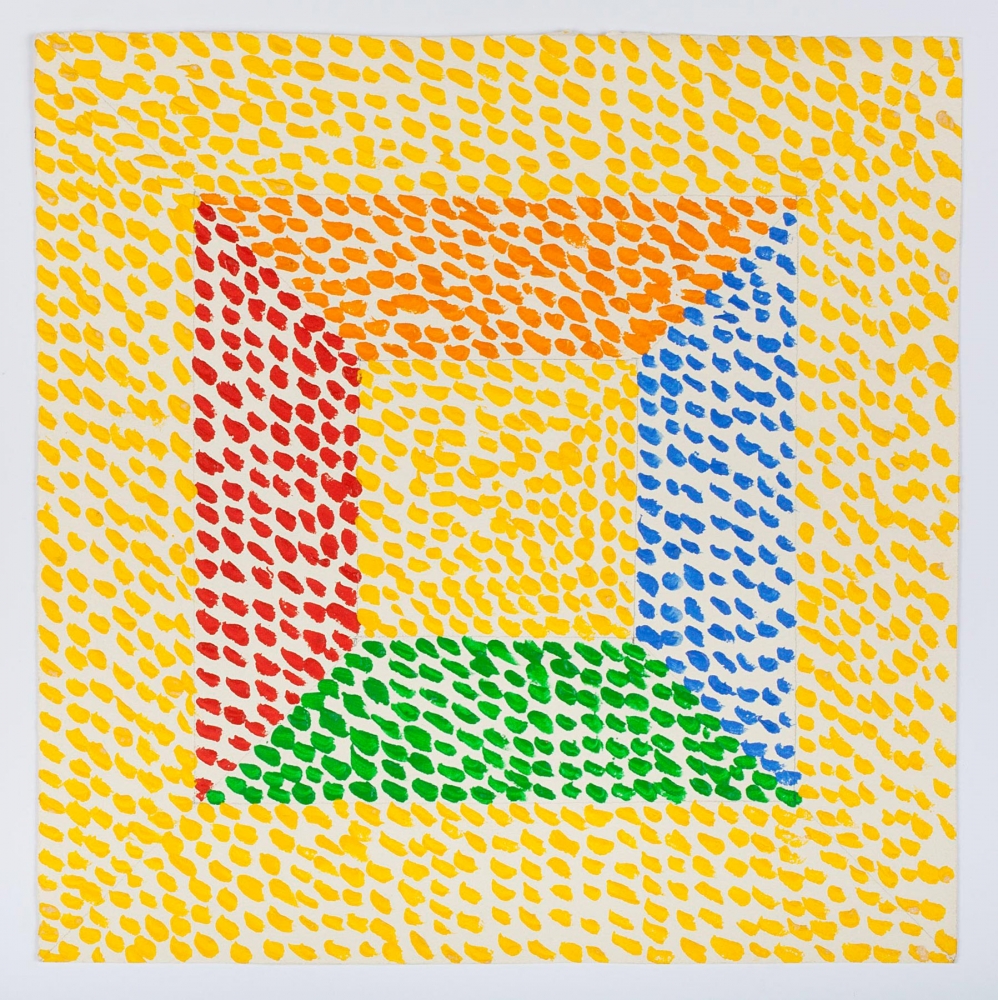 The Japanese artist Kazuko Inoue knew the aesthetic value of the the square long before Instagram and Facebook made the shape so ubiquitous. The square, as the artist once said, provides “maximum purity and lyrical sensation.”

There’s lyricism, indeed, to the painter’s vibrantly hued works, currently featured in the retrospective “Kazuko Inoue: Thirty Years of Painting” at Allan Stone Projects in New York. From intricate, 10-square-inch acrylics on paper to large paintings on linen and canvas that exceed five feet in height, the works on view exemplify Inoue’s signature, staccato brushstrokes, and her fluency with paint.

Born in Tokyo, Inoue moved to the United States as a teenager in the 1960s and is now based in Pennsylvania. Her oeuvre serves as a visual example of the cyclical path of her career, which is marked by a tendency to return to the same influences and inspirations. Throughout her career, Inoue has returned again and again to the grid, embracing the square format as a confined space in which to experiment with color. Her earlier works have drawn comparisons with early modern art trailblazers likeKasimir Malevich and Henri Matisse.

Despite her loyalty to the square, there is a subtle artistic trajectory, full of variation, that emerges here. Back in the 1980s, many of Inoue’s works featured diagonals and triangles within the square, with colorful brushstrokes that echo the angles of larger shapes. Moving forward, the artist experimented with blocks of color; in the late ’90s and early 2000s, she moved back to the grid. But her post-2000 works evidence a subtler exploration of color, minimalist and often monochromatic, as in the all-white Untitled (000147) (2005) or the blue-toned Untitled (00093)(2001).

Thirty years is a long time, or the blink of an eye. For Inoue, it was enough time to establish artistic preferences and interests—the square format, tonal relationships—and to experiment with aesthetic possibilities, ultimately forming an intriguing mix of geometric rigor and painterly mark making.