ink and gouche on paper

Allan Stone Projects is pleased to present George Deem: Poet of Appropriation on view January 9 – February 24, 2018. Selected from the Allan Stone Collection, the exhibition features paintings and works on paper from the early part of Deem's career in the 1960s which spanned over forty years. Throughout his oeuvre, Deem focused on image making and the nature of what constitutes an image.

As an early postmodern artist, George Deem (1932-2008) examined art as a construct and challenged art historical authority. Best known for reinterpreting iconic paintings by artists such as Courbet, Goya, Corot and Vermeer, Deem also produced a large body of paintings and works on paper that present text as subject matter. These calligraphic blocks of writing are tightly composed and purposefully painted. Although the style of script suggests a copy of a historical document or an important letter, the writing is in fact indecipherable. The illegible texts are scribbled, blocked or blurred, concealing their meaning as a way to draw attention to the immeasurable meaning of art.

Other works in the exhibition feature Deem's playful quotations of famous art historical paintings. Using visual devices such as repetition, erasure and obfuscation, Deem highlights the formal qualities of his own interpretation in relation to the original. He rejects the assumption that icons must remain fixed and immutable. By embracing their manipulation, Deem asserts his fascination with what constitutes the meaning of images.

George Deem was born in Decker, Indiana in 1932. He attended the School of the Art Institute of Chicago in 1952 and then was drafted into the army. During his two years of service in Germany, he visited museums in Florence, Venice, Paris and London and saw their remarkable art collections. In 1955, Deem returned to the School of the Art Institute of Chicago and studied with Paul Wieghardt, who also taught Robert Indiana and Claes Oldenberg. In 1958, Deem moved to New York City where he subsequently exhibited with artists like Larry Rivers. His work has been exhibited nationally and internationally at the Institute of Contemporary Arts, Philadelphia, the San Francisco Museum of Art, the Menil Collection, Houston, the Musée d'Art Moderne et Contemporain in Strasbourg, France, the Denver Art Museum, Colorado and the Indianapolis Museum of Art, Indiana, among others. His work is in public collections such as the San Francisco Museum of Art, the Museum of Fine Arts, Houston, the Indianapolis Museum of Art, Indiana, and others. Deem wrote three books, ArtSchool(1993), How to Paint A Vermeer: A Painter's History of Art (2004), and Let George Do It (2009). 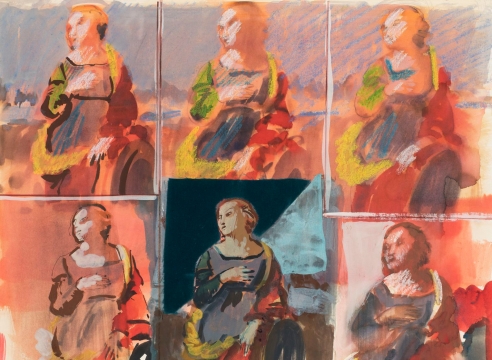 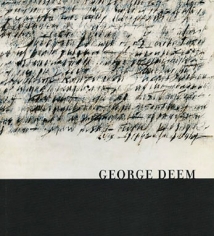