Carbon steel on aluminum base

Diana Moore’s figurative sculpture is influenced by classical antiquity yet also embraces a contemporary sensibility. In Full Figure No. II (Athlete), 1995, the life-sized figure embodies classical beauty and human strength while being dressed in contemporary sportswear.  Moore uses concrete in many of her works, paying homage to the ancient Romans who used concrete for its strengthening properties in their architecture, as well as acknowledging its use in modern architecture. Moore received wide acclaim for her monumental, site-specific representations of Themis, a Greek goddess of justice, for several U.S courthouses.

Diana Moore was born in 1946 in Norfolk, Virginia. She attended Northern Illinois University in De Kalb, and the University of Iowa in Iowa City. She had a solo exhibition at the Fresno Art Museum in California in 2013 as well as group exhibitions at the Triennale Design Museum in Milan, Italy, in 2013 and the Pennsylvania Academy of Fine arts in 2012. She has enjoyed on person exhibitions at Vassar College in Poughkeepsie, New York, the Jersey City Museum, New Jersey, the New Jersey State Museum, Allan Stone Gallery in New York, and Gallery Joe in Philadelphia. Her commissions include Justice portraits for Martin Luther King Jr. Federal Building and U.S Courthouse in Newark, New Jersey in 1994, the Warren B. Rudmen U.S Courthouse in Concord, New Hampshire in 1997, and the John M. Shaw U.S Courthouse in Lafayette, Louisiana in 1999. She lives and works in Santa Fe, New Mexico. 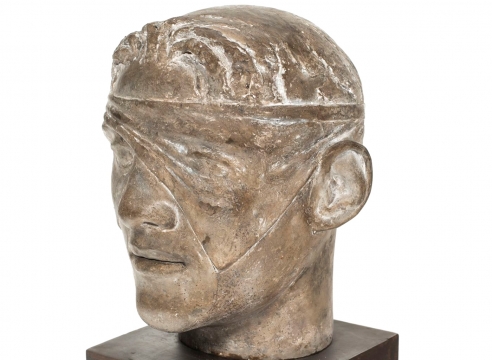 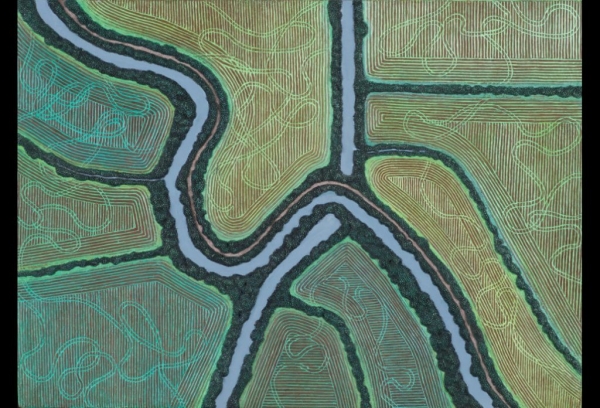 Diana Moore presents a new body of work depicting land forms made out of clay and cast in gypsum cement and dyed with pigment. The exhibition is on view from May 4 -20, 2018 at Nuart Gallery in Santa Fe, New Mexico.