Peter Gee was a British artist, graphic designer, and developer who is best known for his Pop silkscreen prints. He joined the army as a graphic designer and attended the Martin School of Art in London. His work was exhibited at the Axiom Gallery in London and the Denise René Gallery in Paris in the 1950's. Gee moved to New York in 1962 and immediately joined the Pop art circle of artists. His posters and prints were exhibited in the Word and Image show in 1968 at the Museum of Modern Art alongside works by Andy Warhol and Robert Indiana. His work was featured on the cover of Time magazine during the 1960's and 1970's, and he designed packaging and posters for fashion designers such as Betsy Johnson. He also taught color theory workshops at The School of Visual Art, New York, The Rhode Island School of Design, and Harvard University. Later, he renovated and restored historic buildings in SoHo and Tribeca, such as the Puck Building. His work is in the permanent collections of the Museum of Modern Art, New York, The Museum of Modern Art, Kyoto, Japan, The Smithsonian, and the Victoria and Albert Museum in London. He died in 2005. 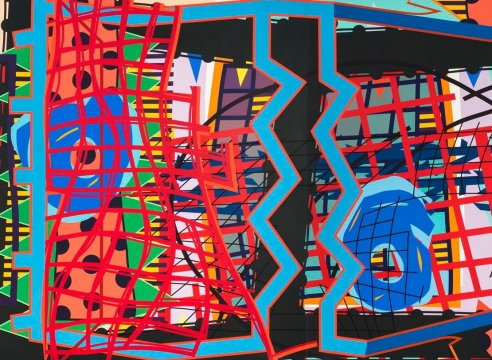